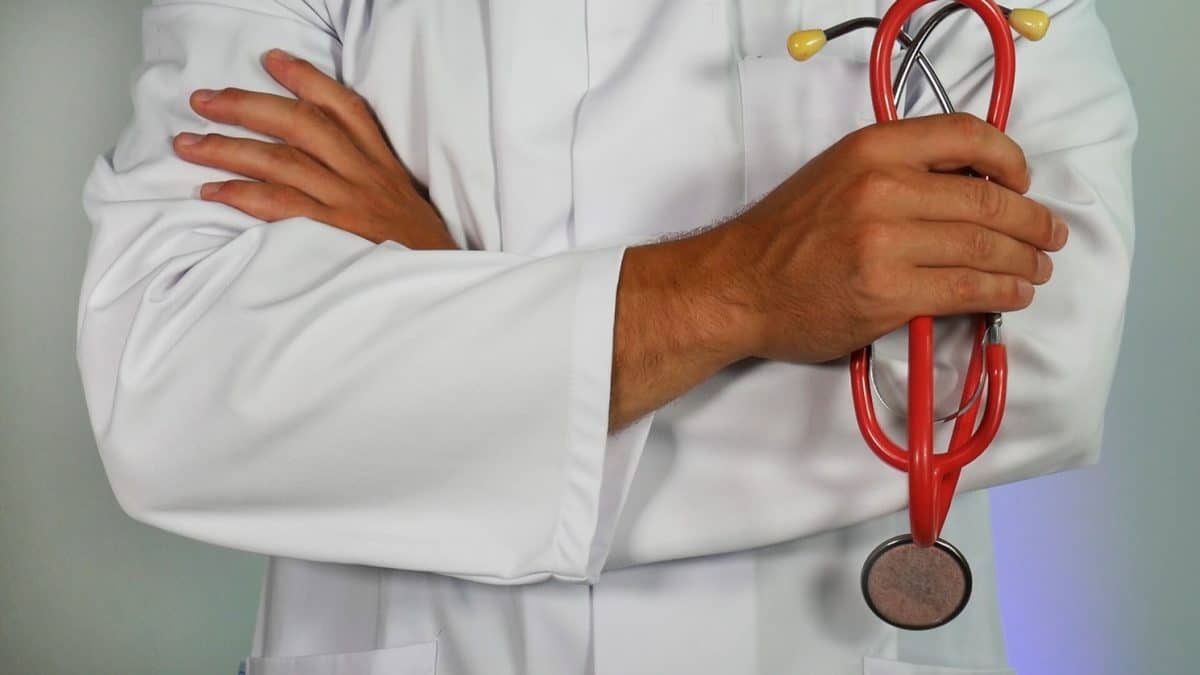 This paper looks into the nursing profession, the way it has developed over the years and how it has gradually transformed from being a female-dominated industry to slowly accommodating male professionals. It focuses on the issues surrounding the nursing profession with regards to the patient-nurse relationship. It seeks to decipher if the patients have a gender preference when it comes to being cared for by a nurse. Establishment of a preference further seeks to investigate the reasons behind a certain gender being preferred as opposed to another. The assumption in this paper is that the patients prefer to be served by female nurses as opposed to male nurses. This paper seeks to answer the question on how the patients perceive male nurses, why they perceive them as they do and what they would prefer to be altered to make the male nurses a better option or even a choice. This paper also gives proposals as to what can be done to improve the nursing profession and eliminate gender parity in the nursing industry.

Nursing is one of the crucial professions in a health care setting. Over the centuries, female nurses have dominated this profession. The nursing profession has evolved significantly since antiquity. Even as most civilizations went through the process of modernization, most people continued to associate the nursing practice to women. Florence Nightingale advocated for crucial social reforms in the early nineteenth century, which solidified the nursing practice as a respected professional occupation. This however left a perception of the profession is as a female-dominated profession. There is need however to change this perception and have the society appreciate both male and female as equal people in the profession. This paper hopes to change this by first finding out the present perception of males in the nursing profession, to establish whether the perception is positive or negative. This will be established by engaging with affected people in the industry, by subjecting them to interviews and engaging them in the discussion. There is a need to create an environment where both male and female nurses are tested equally in the profession. The paper will further recommend ways to achieve equality.

The nursing profession having been mostly popularized as a female field, this then begs the question as to whether the industry is ready for male nurses. If so, what are the challenges that male professionals face in the fields of health care as in their day to day duties? What is the root cause of the challenges? Is the perception that the profession is a female field a major contributor to the challenges faced by male nurses? This paper emphasizes on the relationship between the patients and the nurses as health care providers. Thus the research question is: Do patients have a gender preference when it comes to health care providers in the nursing field. This question will segment the patients’ preference in terms of gender, perception towards the preferred gender and narrow down to the perception of the males in the nursing profession.

Summary of the Proposal

Having been previously dominated by the females, the nursing field is in the recent past getting a transformed as men continually opt for this career. However,  even as men continue to join the profession and made a significant contribution, there remains a silent lack of acceptance of men in the field.  The ratio of female to male nurses remains largely disproportionate, even as men continually take up the career. Being the minority, male nurses continue to face stigma from society. Perhaps, the primary reason for the underrepresentation of men in the nursing profession is the consideration that it is a feminine occupation. In this regard, patients in most hospital settings have internalized this stereotype too. Typically, patients may view female nurses as more nurturing compared to their male counterparts. The patients may associate female nurses with motherly care. This proposal seeks to study the reason behind the under-representation of male nurses in the profession. It will give a background check as to the conditions that have given rise to the situation over the years and how well it can be tackled. This proposal seeks to find a solution that can bring gender balance and acceptance of male nurses to society. In this respect, a literature review will help to examine what other authors and scholars have proposed or argued regarding this problem.

In “Understanding Male Nursing Student Perceptions of the Influence of Gender,” Jennifer Anne Anderson examines the perception surrounding the presence of men in the nursing profession. Anderson (2014) contends that male nurses in the United States only account for 6.8% of the registered nurses in the country (p. 4), this being a very small representation of the caregivers especially in the 21st century yet the profession dates as far as the 19th Century.  How ever, although the male nurses are still a minority in the United States health care system, their number has been increasing in recent years. According to Anderson (2014), asserts that in 2004, male nurses accounted for only 5.4% of the nursing population (p. 4). Statistically, in the ten years between 2004 and 2014, the number has steadily increased by 1.4%.  This can be appreciated as good growth in the number but at the same time is such a minimal growth for ten years. The number translates to a 0.14% increase in a year. According to the American Nursing Association, by 2012, the number of graduates who had studied in the nursing profession was placed at 53% of the graduates in the US. Robert (2015). Anderson (2014) argues that one of the major problems facing nursing is the feminization of the nursing profession (p. 151). In other words, women dominate the profession, which makes it a feminine discipline. The problem can, however, be traced down to the inception and popularization of the career. It is impossible to discuss nursing without discussing Florence Nightingale to whom the profession owes its popularity. The legend lady gave it her all in the service and very much attached to the female nurturing character to her service to the patients. She moulded the profession into one that requires the caregiver to not only give skills but also involve mind and soul in ensuring the development of a connection between the caregiver and the patient.  In this perspective, a perception developed that a nurse has a nurturing character which then predisposes female as the most acceptable gender since it naturally nurtures. Society has therefore formed a stereotype mindset and resulted in the preference of female nurses as opposed to their male counterparts.  The same has also been alluded to have roots in the classroom setting of the profession; in his her study, Anderson (2014) contends that feminized teaching practises may inhibit open communication and depict favouritism toward female (p. 142). Anderson brings out the fact that a generation of female teachers has been in the profession, hence presenting a predominantly female learning environment.

Similarly, Bartfay, Bartfay, Clow, and Wu (2010) provide critical insights regarding the female-dominated nursing practice in their article, “Attitudes and Perceptions Towards men in Nursing Education.” In their study, Bartfay, Bartfay, Clow, and Wu (2010) found that “There is a general perception in Canadian society that female nurses are more caring and compassionate in nature” (p. 5). In other words, society has internalized the stereotype that only female nurses can be caring or compassionate. Since most of the patients are part of society, they typically exhibit their preference for female practitioners once in the health care setting.

In “Gender Discrimination and Nursing: A Literature Review,” Kouta and Kaite (2011) provide critical insights about men in nursing through an analysis of different sources. In their literature review, Kouta and Kaite (2011) found that most nurses feel isolated and excluded in key activities in the educational and clinical setting (p. 60). It means that the nurses encounter barriers that affect their interactions with different patients. In particular, Kouta and Kaite (2011) argue that most male nurses (particularly students) “were not prepared to provide intimate care to women clients” (p. 60). In other words, the nursing educators fail to prepare male nursing students on how to care for women clients. Other studies have suggested female clients typically feel uncomfortable when male nurses intimately or physically touch their breasts or genitalia. In particular, Kouta and Kaite (2011) provide a case study of male nursing student that was barred from participating in intimate and intrusive procedures such as catheterization on female patients (p. 61). Such discrimination against male nurses in the clinical setting reinforces the patients’ view that male nurses are not bona fide provide quality care to the opposite gender. Although the patient has the right to choose a nurse, hospital setting should be careful not to glorify gender discrimination.

In “Men in Nursing,” Wolfenden (2011) attempts to dissect into some of the problems men face in the nursing profession. Although Wolfenden (2011) does not explicitly examine patient perceptions of male nurses, he offers insights that may help unravel the root cause of the problem. His arguments may shed light onto the reasons most patients have negative perceptions and attitudes toward male nurses.

In “The Perceptions of University of Guam Students Towards Males in the Nursing Profession,” Zafra (2015) examines how students perceive male nurses. The findings of this author are consistent with those of previous authors discussed. Zafra (2015) contends, “Female nurses are greatly preferred in procedures that involve patients’ private or intimate areas, such as bed bathing and shots to the buttocks” (p. 65). Like other authors discussed earlier, Zafra (2015) suggests that most people view male as unsuited to perform particular procedures considered intimate or requiring high levels of intrusiveness. However, the author’s findings also had a crucial twist. Zafra (2015) found that most of the participants agreed that male nurses could provide competent care as their female counterparts (p. 65). In other words, a probability exists that perceptions toward male nurses are changing.

In, “Factors Influencing Men Entering the Nursing Profession, and Understanding the Challenges Faced by Them: Iranian and Developed Countries’ Perspectives,” Zamanzadeh, Valizadeh, Negarandeh, Monadi, and Azadi (2013) argue that male nurses face numerous challenges in the nursing profession. The authors identify three challenges nurses face, which include role strain, feminization of nursing, male nurses’ inability to care. According to Zamanzadeh, Valizadeh, Negarandeh, Monadi, and Azadi (2013), the role strain among male nurses “can originate from a range of sources, such as masculine stereotypes, male nurses’ contribution to heavy manual work, and proper use of touch” (p. 55). In other words, male nurses may feel some tension in their attempt to gain credibility in a female-dominated profession.